Digital transformation – it’s up to each individual

The Internet of Things – Objects become active participants in the digital world!

I n 2020, more than 25 billion devices will be interconnected in the “Internet of Things”. They will thus form a gigantic data source for new applications, products and services. For the first time, comprehensive networking makes it possible to link data from very different areas, from industry to e-commerce, mobility and health. As with all new developments, there are two sides to this: companies can for the first time enter into a transparent exchange with their customers; on the other hand, they must learn to use the Internet of Things in such a way that they do not jeopardize the trust of their customers. 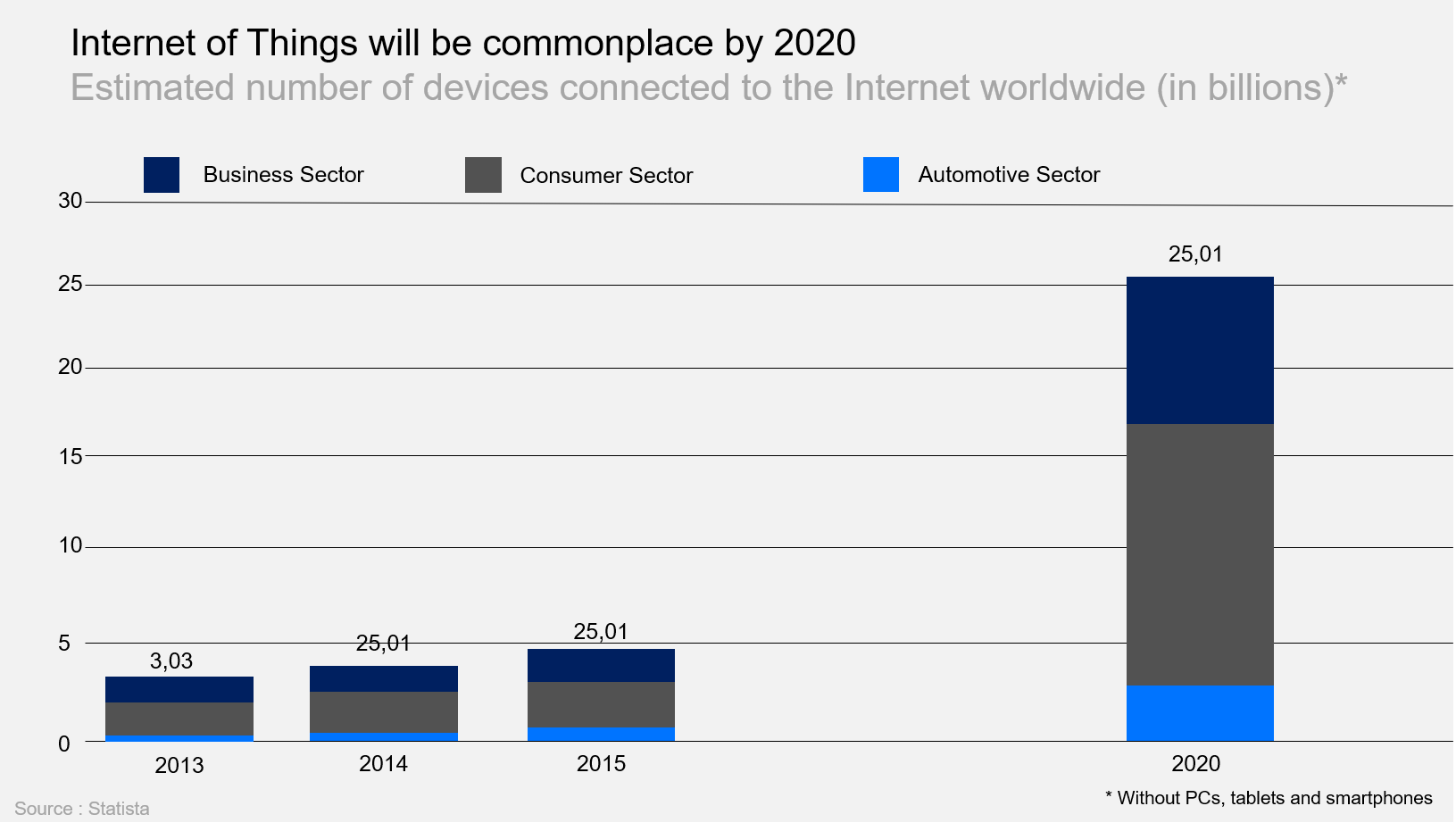 The path from Web 2.0 to the Internet of Things

The step towards an interactive network, in which people actively communicate with each other via social media, was celebrated as an important evolutionary step. People were no longer able to use the Internet just as a source of information, but as a real-time communication network, without borders and around the clock. The next evolution of the Internet, on the other hand, is taking place quietly and quietly, the development of a parallel Internet of Things.

Suddenly it is not only people who actively exchange information with each other via the Internet, but smart objects (“things“) actively participate in communication, thus becoming another communication partner. This step is at least as important for the objects as it is for the people; after all, their hitherto very locally limited sphere of influence is enormously expanded by the possibility of communicating with other participants. The networking results in completely new possibilities of use, which are no longer bound to the location of the object.

The significance of this step can be illustrated by a small example:

For many years, washing machines have been equipped with complex electronics to help the operator optimize the wash cycle for his laundry and use as little water, energy and washing powder as possible to achieve clean laundry. In fact, the electronics are so intelligent that they can optimize themselves from cycle to cycle. If we imagine, however, that all electronic washing machines are networked and can exchange their data on the washing cycles, there is undreamt-of potential. On the one hand, the washing machines could compare their consumption values with each other, on the other hand, individual appliances would be noticed if their values are worse than others and could infer errors or incorrect settings or display them. The optimization potential, which ultimately results from the data of many washing machines, is significantly greater. 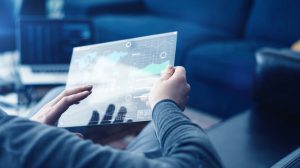 From data exchange to active communication and control

The washing machine example illustrates the potential of data exchange and evaluation alone. In technical terminology, the procedure for using the data sets is referred to as structured data analysis, or “Big Data” for short. However, the Internet of Things – similar to Web 2.0 – is designed to ensure that objects communicate actively with each other. In our example, this means that the washing machines not only exchange data with each other, but also communicate with the electricity supplier, for example, at which point in time the machine is ideal to start in order to use as much regenerative energy as possible and at the same time not to overload the networks. The communication of the objects thus has a controlling effect, the systems work independently on this basis and the actual user only specifies until when he needs the washed laundry.

The washing machine example shows an application case for the consumer; the topic is even more relevant in industry when entire machine parks are in active exchange with each other along a production chain. The possibility of standardized communication is being developed in Industry 4.0, where questions of manufacturer-independent standardization (a common language, so to speak) play a role, as do safety and legal aspects. In autonomous production, the machines will not only coordinate and exchange their data, but they will also conclude contracts with each other (so-called “Smart Contracts”) and simultaneously monitor their fulfillment.

On this basis, production will not only become independent of human control, but at the same time agile, as the associated learning processes of the entire supply chain will lead to continuous optimization.

Benefits of the Internet of Things for companies and society

However, the exchange of data and the networking of all objects also opens up opportunities for misuse and fraud. Many fields, such as the ownership of machine-generated data, have not yet been dealt with. So if your car records data in order to report defects to the garage in advance, to whom does this data belong? To you as the owner of the car, the car manufacturer? The garage that works with it? While we have now answered many of these questions in the area of personal data with the DSGVO, the question remains open for machine data that are, however, personal.

In the end, we still have a process of weighing the immense economic and social potential against the possible negative social consequences. However, this must not prevent companies from dealing with the issue. Irrespective of the question of what can and may be done with all the data gained, it is undisputed that companies must ensure that their products generate added value through data generation. In the future, it is no longer – only – the physical properties that distinguish a product, but rather the software properties associated with it, or added value, which they generate for the customer via data processing.

Applied to the washing machine example, this means that the manufacturer not only collects the data and the washing machines coordinate with each other. Rather, it can be based on the data from all washing machines, and thus offer its customers a wide range of additional services. From predictive maintenance, which starts before something breaks, to alarms when something does happen. This means that the customer not only benefits from less resource consumption, but can also derive greater benefit from the product and associated services.

Data as a dynamic driver of learning systems

So let’s summarize: The networking of objects in an Internet of Things represents a further important development step for companies, on the basis of which they can create completely new offers for customers. The prerequisite is that they find ways not only to collect data, but to process it in such a way that customers see added value from it. Communication between objects is accepted when it is secure and useful. On this basis, the Internet of Things forms the necessary infrastructure for an AgilEconomy and the growing number of networked objects stands for more and more possibilities to make life easier for us.